ForgottenBeeblog speaks exclusively to Ed Blaney about his band and much anticipated follow up album…….

Welcome back to ForgottenBeeBlog Ed….

FB  1/  So since our last interview on ForgottenBeeBlog,  and LIVE in the studio on @FromeFm can you tell me what has happened over the past year with your music?

It’s been a great year, people from all around the world bought, played and loved the album ( Urban Nature ), a fantastic start, it received lots of airplay and we got some brilliant reviews which is great.

FB  2/  You’re working on a new album; what can fans and new listeners expect from the music on this album?

We have just finished it, all recorded over in Berlin. It is very different from Urban Nature in many ways, you can expect  a few surprises.  It has a nice balanced mix of songs, myself, Ric, Sophie, Lian & Tito ( engineer/producer ) have made something very special indeed. The magic was there and that went to tape so to speak. I’m singing more than the last album, and I can’t wait for people to hear it. 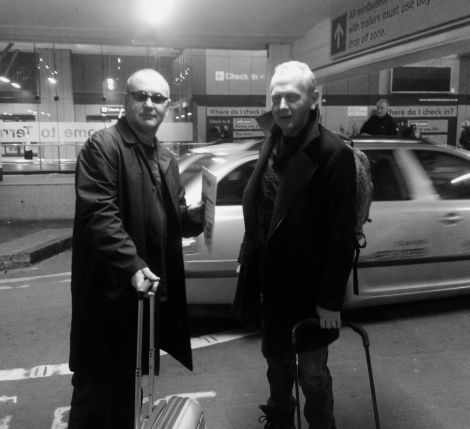 There is one song on the new album, it is kinda of tongue in cheek, recording it was so funny, one take on the vocals, literally had us in stitches as we made it but the band kept playing . We pulled people in off the street also to sing on the chorus, it is always good to make people laugh, this song will, it could end up on the terraces around the world, it’s one of those kind of songs. It’s called ‘The Arrival’.

FB  4/  How has the music industry changed over the years? Do you think the changes are for the better?

Yes it has changed in many ways, to be honest, I feel like I have just started out again, but one thing remains the same, you need good songs, without them you aren’t going anywhere fast. One of the best things I suppose is you now have instant access to the whole world, the last album I signed my publishing to BMG and released it myself, a real learning curve. considering it was a low budget indie release, getting it in HMV, played on BBC RADIO 2 and distributed around the world was a great thing, you still as ever will and do encounter hurdles and the odd person not wanting you to do well, that is the music business for you. Some say it is worse than the drugs business. But I love a challenge, making your way in today’s industry is probably as hard as it’s ever been. 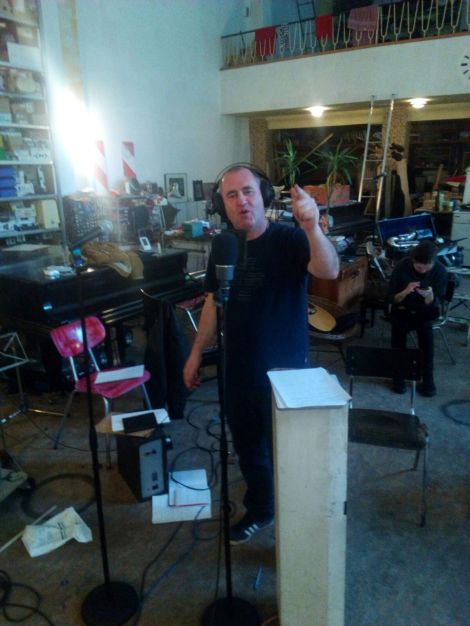 FB  5/  What is the single most important thing for a musician of today to possess to become successful?

Self belief I suppose, sometimes you will wobble that’s natural, but if the band and others around you believe in you, then your well on your way to the next station.

FB  6/  Do you have a collection of guitars? What is your favourite to play and why?

You know over the years I have had many, at present I have 1, I always fall in love with a guitar. I write with it then put it back out there for someone else to use. All my best guitars over the years have been bought cheap from flea market/car boots etc. Not a fan of new guitars, a guitar I believe has it’s own soul. When you manage to make it sing magic happens.

FB  7/  If you could meet with one person alive or dead who would that person be and why?

I’d love to sit and have a buzz with Dylan or Jagger or possibly Neil Diamond, all 3 in there own rights are people I admire and longevity is the key.  Their knowledge and experience’s would be something special to talk about.

I have my own religion that is just to be honest. I do kind of pray/meditate to some higher spirit but I couldn’t say which ‘religion’ or ‘god’ that is. I think religion in it’s current many forms divides people. People are all the same underneath their clothes. Being kind and helping people is best way forward I suppose.

FB  9/  When you are song writing do you have a place you like to be for the creativity to flow?

On the new album, there is a connection with Blackpool. I rented a house there on my own and wrote a few songs and melodies for 3-4 songs, the last one was very Salford based and this new one has a real international feel about it.  The rest were written in the studio in Berlin. The creativity really flowed in Berlin especially and without a doubt probably my best work to date.

FB  10/  On Forgottenbeeblog I like to invite my guest to create some poetry. Using no more than 20 words write a poem to incorporate the word ‘severance’.

‘ Are we living alone? Many places I’ve roamed, the only thing that’s making sense, lies in #TheSeverance’ 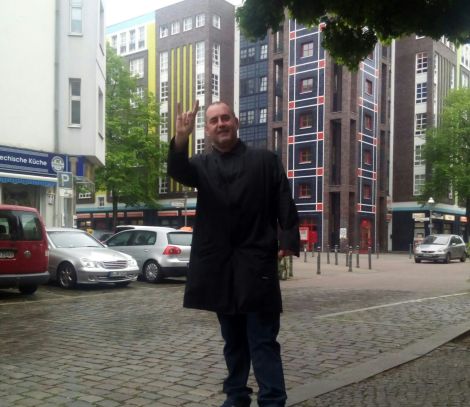 FB  11/  Have you ever forgotten lyrics when you’re performing? How do you prepare before a gig to calm the nerves?

I have indeed! I was spiked just before going onstage once many years ago in Doncaster, by the 4th song I had forgotten everything, who I was, where I was and just wondered off into the crowd off my face. It was funny looking back now. I always get a little nervous before a gig, without that feeling I wouldn’t do it, you know when it is going to be a good gig before you hit the stage. I try to put some good thought’s out there and take a deep breath, that tends to work.

FB  12/  I expect you heard about the Foo Fighters putting on a secret gig at the Cheese and Grain in Frome on 24th February  to announce they’re headlining Glastonbury festival this year 2017. Having played Glastonbury in the past what do you think makes it so special for musicians?

Glastonbury is a very special place, probably one of my favourite places in the world. I have only played a very small stage on the healing fields for a charity, at the minute we are on the ‘ bench ‘ if any acts drop out, then we may get the call. We are ready, the new stuff and band is so right for a proper festival. It has something very spiritual about it, good things come when they are meant to but you still have to believe in the magic of the mother of all festival’s.

My only priority right now is getting the next album out there. It’s called ‘The Severance’ a break away from the past. After it is released we will see what happens , but all the signs so far are very good. 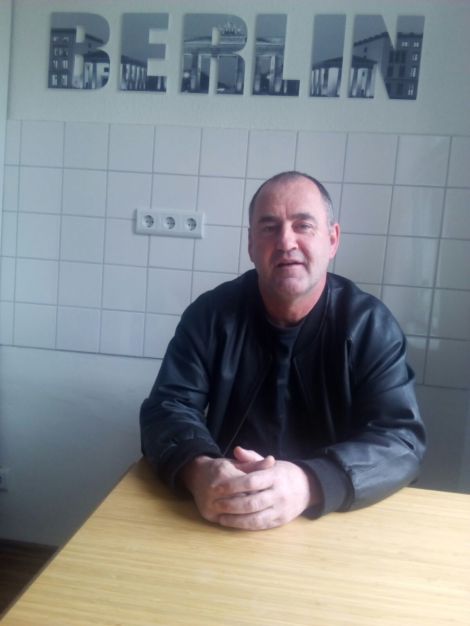 FB  14/  Where can fans and new listeners find you, to follow you and your music?

I am not a big fan of twitter etc, I find it distracting and too draining  but we do have a website www.blaney.co all the links are on there. The music is what matters I feel more than the social media presence. 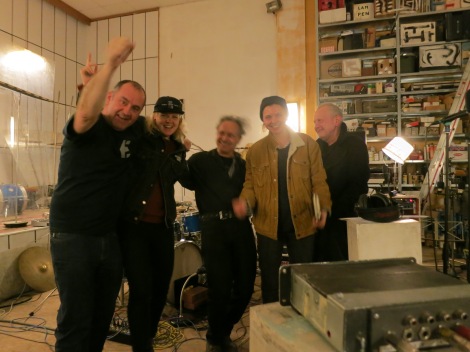 Thing big, think positive, helps those around you and wake up smiling.

All photographs courtesy of Ed Blaney.

Happy Easter to you.....🐣🐥🐇
It’s STRESS AWARENESS MONTH - April 2021 and it’s time to ‘Focus on what you want’ ...
Yellow is a joyful, happy and youthful colour full of hope and positivity. It grabs your attention and for that reason it can also be used to signify caution, like red and orange.
It’s Spring .......
Lazy days, blue skies and sunshine ...
Whether you enjoy being tickled, telling jokes, playing board games, throwing a frisbee, dressing up, telling scary stories, colouring, completing puzzles or just being down right silly.
Happy Valentines Day! ❤️
It’s the little things that can bring happiness. Crisp white fluttering of snow with animal prints, sparkling snow crystals touched by the suns rays, the crunch beneath the feet, layering clothes to keep out the cold.
Just the smallest thing can be enough to tip you over the edge, with emotions high and our sense of focus pushed and pulled, it’s often a challenge to maintain a balance in our lives.
Loading Comments...
Comment
×
<span>%d</span> bloggers like this: