Forgottenbeeblog gives the stand to twitter’s finest, with 5 questions to answer, they can either be fact or fiction……..You decide!!

Yes that’s right, although I don’t like to broadcast it, as Dennis Nilsen (my cousin) isn’t the most popular of people after been found guilty for the murder of many men. He currently resides at HMP Full Sutton, not far from me, but I have never been tempted to pop over for a chat and a catch up.
–
2/   You were suspended from school for a week.. what did you do?

Well as you know, I am very much into my politics, especially the feminist movement. I was brought up by a very politically active family and was encouraged to stand for inequalities from a young age….. I was suspended for going on strike, organising a sit in at my secondary school to protest that all female students had to wear skirts as their uniform…..mum bought me trousers, encouraged me to wear them every day, even after my suspension…. I (we won) and trouser were accepted in the next term…. Too bloody right!
–
3/   Your party trick is legend amongst friends… tell us more..?

Not very lady like, and preparation is the key, I have to eat a bag of pears ( not the soft ones, the hard ones!) these little babies give me exceptional wind….. After brewing up for an hour, I can blow up a small balloon with my farts! There ya go, propa Yorkshire trick that!

4/   Tell us about your most treasured possession?

It’s my stuffed dead cat, after she passed away a few years back now, I had her stuffed, she currently resides next to my fire, problem is, the fur tends to smell abit when the room gets hot so I have to shove her in the hallway when it gets putrid.
–
5/   Who do you admire the most and why?

Joey Essex… I think the guy is a fine example of young people today, he knows how to apply a fake tan correctly…. I wish kids would look and learn! He is also very politically aware, represents people who are unfortunate in life to suffer complete ignorance.  He is witty, adorable and more intelligent than people think! Joey for prime minister I say ……. Gawd I love that boy x 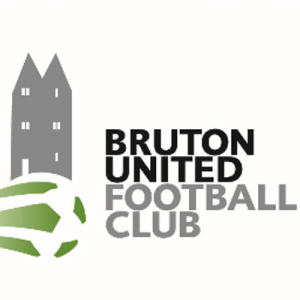 1/   You have a famous relative right?

On my Mothers side – Henry Simpson Lunn …. maybe not a name known to many – except that he did enjoy travel and adventure and his company (called Sir Henry Lunn Travel) grew to become one of the largest travel agents in Britain. During the 1960s the company was merged with the Polytechnic Touring Association to form ‘Lunn Poly’ … a name which some may find more recognisable? Also liked skiing … but that’s another tale!

2/   You were suspended from school for a week.. what did you do?

Not strictly suspended (hard to do at a Boarding School) but definitely confined to quarters for a while!

Myself and three friends decided it would be a good wheeze to remove all the screws from the tables and chairs in our Form Masters classroom. We managed to creep out unobserved over three nights on a weekend and dismantle all the furniture – precariously keeping them together with selotape and chewing gum. One the first lesson of the Monday hilarity ensued when as soon as the tables and chairs were touched they all fell apart … much to the disgust of the Form Master who was positively boiling with rage!
–
3/    Your party trick is legend amongst friends… tell us more..?

Not so much a party trick as slightly entertaining – I can perform the entire song ‘The Elements’ by Tom Lehrer as a party piece!  http://www.ptable.com/

Amusing first time round … but progressively harder as more sherry is consumed!
–
4/    Tell us about your most treasured possession?

A pocket watch and fob belonging to my Great Grandfather – Has done more miles than me and still keeps good time … not bad for something over 100 years old!

Anyone who can play a musical instrument (a ‘proper’ one!) to any level. From Heavy Metal to Opera … I’m quite appreciative of anyone who can hold a tune on an instrument … not quite so admiring of some of these ‘manufactured’ bands it must be said!

Courtesy of The Rubys

Courtesy of The Rubys 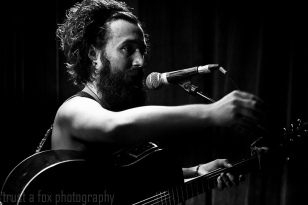 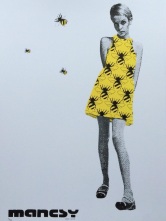 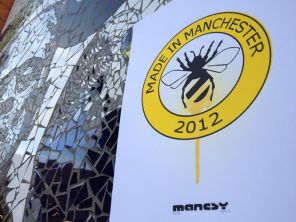 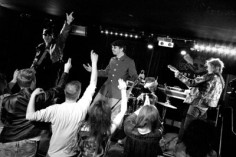 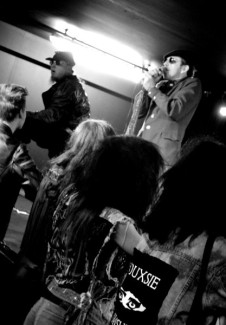 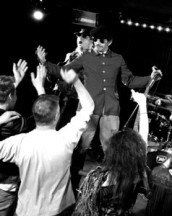 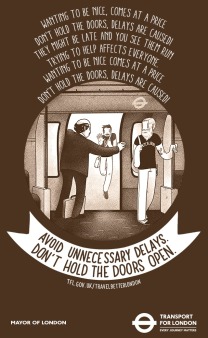 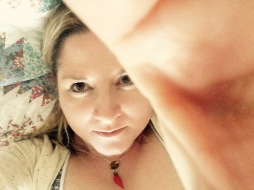 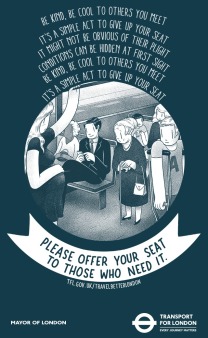